Easter in Portugal is a unique experience. 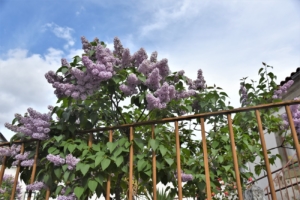 In central Portugal, in the Fundão region, many traditions are alive.

In the villages, we like to repeat the gestures of the ancestors and pass them on to the youngest.

There are fewer and fewer of them, and many of these traditions are threatened, it takes people to animate them.

The idea is to continue to bring to life this Easter spirit to which the Portuguese are very attached, by giving it a more contemporary look. Theatres, concerts, animations on the theme of the sacred animate the weekends before Easter.

The programming intensifies during Holy Week.

Quadragésima also makes it possible to involve rural communities and those registered in the programming.

Thus, among other things, we can discover the typical processions of the Easter time.

This curious name means Chestnut grove of the house, or our chestnut grove… .. Chestnut trees were once the wealth of this region and very often the guarantee that they would not starve to death. At the foot of the Serra de la Gardunha, an imposing massif before that of Estrela, the village, which has kept its old layout and some of its schist houses, retains a certain dynamism thanks to its proximity to Fundão.

On the day of the twigs, an association, Les promeneurs de Gardunha (Caminheiros da Gardunha) organizes a hike in the mountains, taking the sacred paths that were once covered to reach the hermitage that dominated the Serra. The 14 km route is not easy, but there is a penitential side that appeals to organizers and walkers, again practicing Christians or not. And then on arrival, at Souto da casa, a collective picnic allows us to respect the tradition: to gather and share. Everyone brings a dish they have made, and the delicacies move from table to table.

In the village we like to make specific Easter pastries: folar (Pemalian), bolo de azeite ; filhotes de forma ( but coscoréis for the villagers !)
The latter in the shape of a star were once used to decorate wedding and baptism tables. A good way to enhance festive meals without ruining yourself and delighting your guests.

Today, Souto da Casa organizes a pastry fair, which allows the inhabitants to make and sell typical cakes. A small detail that has its importance: everything is made in wood ovens. Several are scattered in the houses of the village.

In Souto da Casa, the tradition of the procession consists in stopping 7 times in the village at nightfall to chant religious incantations, intended in popular belief to allow souls from purgatory to enter Paradise. The choir of men and women thus repeats the prayer, choosing a “soul”. It is a kind of letter of recommendation so that the lost soul can access a better place.  The melodies are painful, almost sinister and bewitching: it is difficult, regardless of personal beliefs, not to feel a strong emotion.

In the past, the procession of the encomendação das almas took place every Friday evening of Lent. 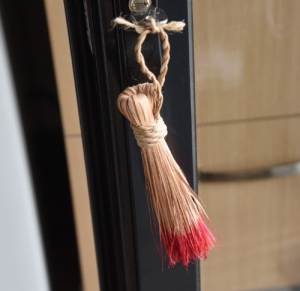