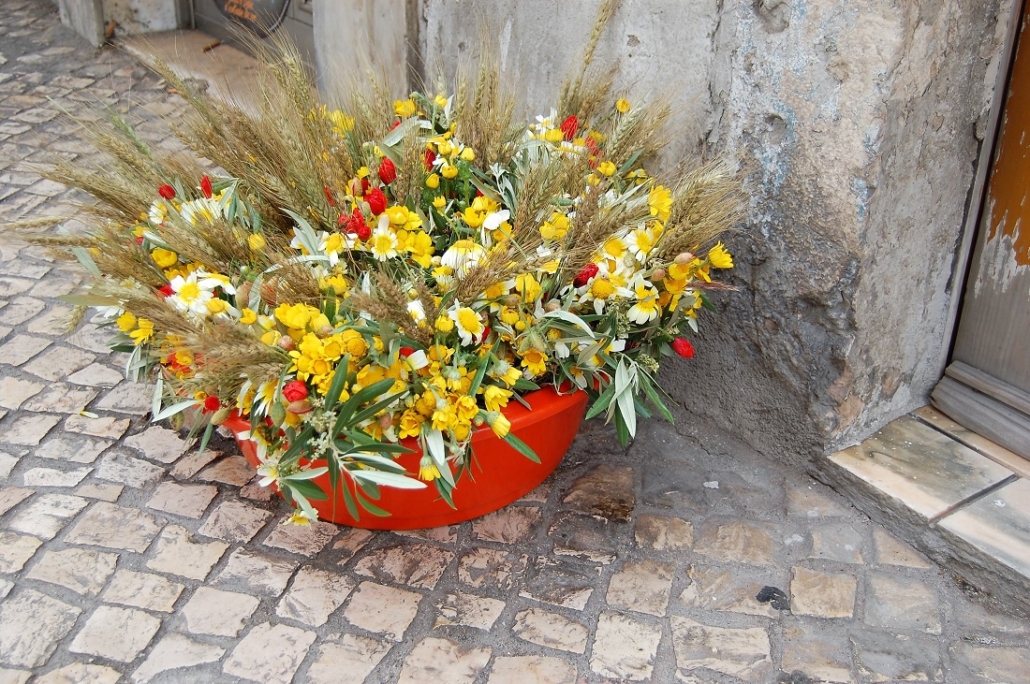 Espiga is the popular and pagan tradition of the day of ascension. Catholics celebrate Jesus’ last meeting with his apostles.

In Portugal this day is not a holiday, but the tradition of the bouquet, or “Espiga”, remains alive. Including in the city.

Don’t be surprised to find many vendors on the sly, offering these ephemeral bouquets that mark the start of the summer season.

According to tradition, Espiga is picked on the morning of the ascent.

Sometimes a sprig of rosemary and a vine branch are added.

As tradition has it, Espiga is picked on the Thursday of the ascent in Portugal.  Bread, love, peace, joy and health are the symbols associated with each of the country plants.

Espiga has a function of good luck and prosperity.

The bouquet was placed behind the door and could only be removed the following year, with the new bouquet.

Songs, dances and walks in the countryside – to pick flowers – were once the rites that marked this particular day. The aim was to ensure that the summer season would be generous and the harvests abundant.

The pagan origins of Espiga in the Portuguese tradition are real. As early as the 4th century, the church established a public holiday on the occasion of the ascent, called the “day of the hour” because for one hour at noon, everything had to stop. Since then, this holiday has been deleted.

There remains the tradition, the offering of a pretty bouquet as a pledge of hope and abundance.

Some villages and towns, particularly in Ribatejo (Banks of the Tagus, centre) but also in Algarve as in Salir and Loulé, organise festivals on the occasion of the Espiga.