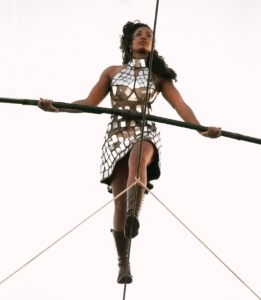 Lisbon celebrates in June. With the tradition of the popular saints, the city is having fun.

But who are these popular saints? Saint Anthony, patron saint of the capital – and of a large part of Portugal, which is celebrated on June 13, a public holiday, Saint John on June 24, and Saint Peter on June 29.

The festivities begin on June 1 and end on the last Sunday of the month, this year on June 30.

In this space of time, dozens and dozens of cultural and festive proposals.

Lisbonne-affinités offers you some highlights. There are so many of them that it is difficult to name them all.

Music very much in evidence for the June festival

Com’paço: Philharmonic music. On June 22nd Presentations by philharmonic bands from all over the country at the Estrela Garden (Estrela) and the Arco Cego Garden. With a final concert by 400 musicians in Alameda dom Afonso Henrique, at 10 pm. A concert dedicated to Fernando de Magalhães, known as Magellan.

First the marches, which submit to the competition before marching on the Avenue de la Liberté, on the night of June 12 to 13. On June 12, the wedding of Saint Anthony. On the 13th, the day of Saint Anthony, a religious procession in the city.

From June 1 to 13, the Trezena program in Santo Antonio: conferences, debates, concerts… to better understand the history of the saint and the attachment of the lisboetes.

To see the Exhibition of the reconstruction of the procession of Saint Anthony, in terracotta figurine dating from the eighteenth century. Until June 30, Museum of Santo António (near the Sé) from Tuesday to Sunday from 10am to 6pm. guided tour on June 8 at 3:30pm

And to see also, the exhibition dedicated to the thrones of Lisboa. Another tradition is to build a small throne and decorate it. Many of them can be found in the shop windows of shopkeepers, who are encouraged to take up this tradition again. From June 3 to July 15, at the AARL- The Association of Craftsmen of Lisbon (santa Catarina)

The kids are used to asking for “a small coin for Saint Anthony”… we wouldn’t dare refuse them.

It is impossible to miss the “Arraials”, these specific places under the garlands, where tables are set up to eat toasted sardines on a slice of bread, pushed by a glass of wine. To the sound of flushing, sleep early and abstain. There are official arraials, and improvised ones, under the responsibility of traders and restaurateurs or sometimes even outside any organization.

There are sardines and sardines, and those selected each year by a specially constituted jury are responsible for giving the image of the holidays.
Lisbon-affinités will submit some to you, and will not say what is its favorite.

As for the manjericão, it is this small decorative basilica pot that is offered as a token of love or friendship for Saint Anthony. Accompanied or not by a quatrain, 4 poetic verses to declare your love: to your loved one, in Lisbon and in Saint Antoine.