The oceanario, or aquarium, is an exciting attraction. Fun and informative. For young and old alike 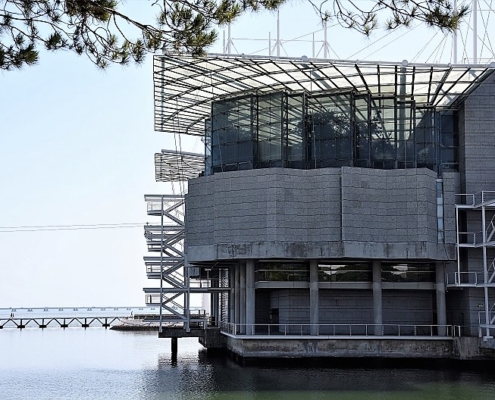 Conceived for the 1998 Lisbon World Expo, dedicated to the Oceans, the Oceanario was called the Ocean Pavilion.

Designed by the North American architect Peter Chermayeff, it had surprised by its audacity, its location on the banks of the Tagus and its structure.

Divided into four areas to represent the Pacific, Oceanic, Indian and Southern Oceans… the Oceanario offers beautiful excursions into the Arctic and Antarctic Oceans.

The idea is to reconstruct the specific universes that determine these marine spaces.

The main attraction of the aquarium is undoubtedly the giant tank that connects all these spaces, and on both levels. It allows you to move from one room to another accompanied by manta rays, moon fish and sharks swimming in the reservoir. 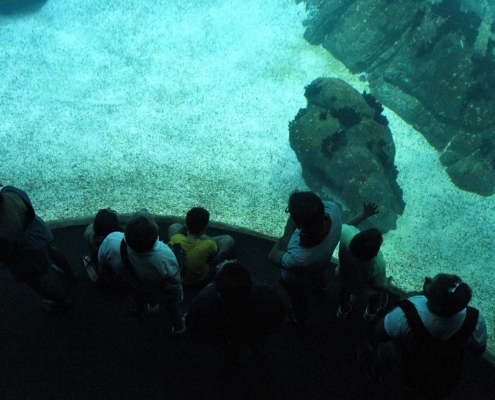 Equally fascinating and attractive is the otter basin.

The visitor overlooks the basin where 2 otters, a male and a female, evolve. Players the otters regularly come to show themselves, diving and swimming under the admiring and amused gaze of the visitors.

The first couple to settle in the aquarium in 1998 were Eusebio and Amalia, one a historic football player and the other an outstanding fado singer. They were the real mascot of the Oceans Pavilion. 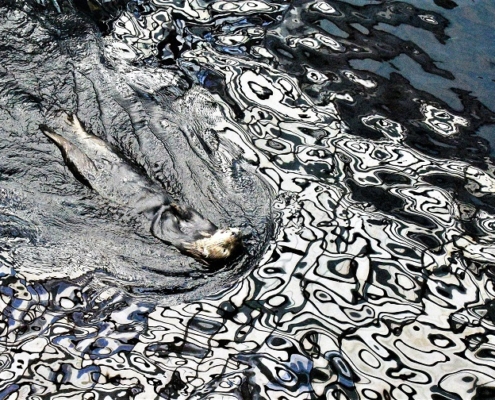 The oceanario is regularly recognized as the best in the world.

Didactic and in very good condition, it also houses a centre for marine studies and research.

Temporary exhibitions still related to the oceans and increasingly to their protection complement the visits.

The only downside is the entry price, which is often considered quite high. The family ticket is limited to 4 people, 2 adults and 2 children under 12 years old and is at 42/50 €.

Be early to avoid the midday crowd boom.

The Oceanario has a souvenir shop and a cafeteria. Access is easy by metro, Oriente station (10 to 15 minutes walk to reach the aquarium)

Hooked on life. 7 marine animals on hooks to raise awareness of their extinction. 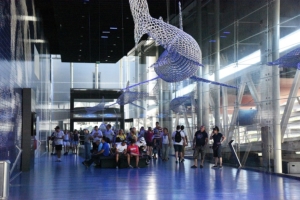