Christmas and New Year 2022 in Lisbon

Christmas in Lisbon, a special time.

Christmas in Lisbon is always a unique moment. You take the time to stroll through the illuminated streets, try out the different Christmas markets and have fun.

This year, 2022, is marked by energy restrictions and this can be felt a little in the special festive public lighting.

However, the big tree in the Place du Commerce is still there, as are the decorations in the streets of the Baixa.

From pretty peacock feathers to streaming stars and sparkling white flowers…. there is plenty to delight the eye.

Don’t miss the giant fir ball in Camoens Square, a must! 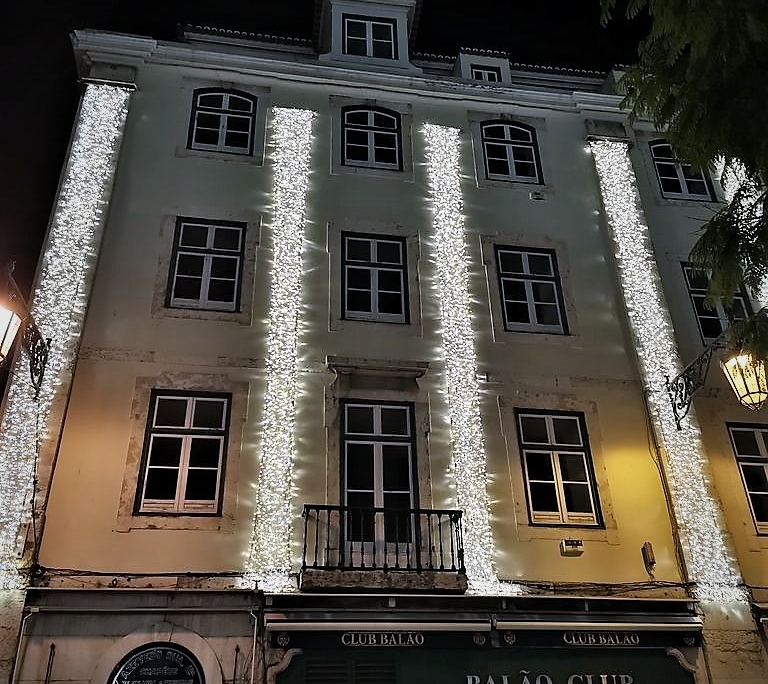 A whole host of shows and entertainment

Many districts have their own Christmas markets, but they close early in December. The Rossio market closes on 18 December.

The Ferris wheel and the entertainment have taken place in Eduard VII Park for the now unmissable Wonderland Lisboa, which will last until 1 January.

In Cascais, Santa’s village returns to the Marechal Carmona Park until January 1st.

Oeiras offers a Christmas at the Enchanted Palace on 17 and 18 December, while the pretty town of Sintra organises its Christmas Kingdom. Until 6 January, the city will host a Christmas market, entertainment and a solidarity Christmas.

Palmela at south bank and its surrounding villages are also dressed in the finery of the period, with illuminations, markets and a living nativity scene.

In Lisbon many concerts are organised in churches.

From 6 to 25 December the Coliseu dos Recreios (Baixa) offers its Christmas circus.

The Estoril Casino offers its White Christmas on 16, 17, 18 and 23 December. And on 23 December, there will be a Christmas concert at the Camoens Theatre, with the São Carlos Theatre Choir and the Portuguese Symphony Orchestra. 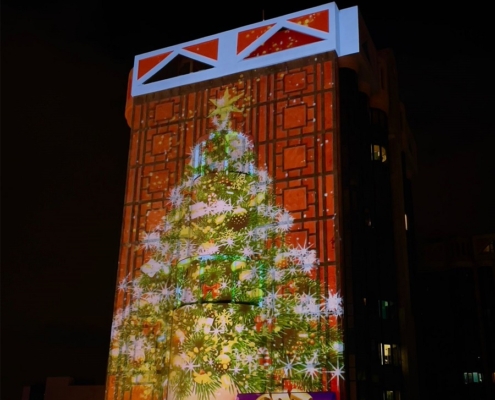 Video projections on the facade of the buildings in the Amoreiras shopping centre (Campo de Ourique) are the big news for this Christmas 2022.

And the daily video mapping, the Magic of Christmas, is offered every evening, between 6pm and 11pm.

Light on the city, warmth in the hearts

Illuminations are part of the magic. As www.lisbonne-affinités.com explains, this year 2022 is about saving money

On Sundays, Mondays, Wednesdays and Thursdays, the lights will flicker from 6pm to 11pm.

On Friday and Saturday the lights will be on until midnight.

While Christmas and New Year’s Eve will go on until 1am.

The illuminations only started on 5 December and will end on 6 January.

This saves Lisbon 50% of the value of the festive lighting.

But that leaves plenty of time to let yourself be carried away by the magic.