Vila do Conde and Espinho, daughters of the Ocean

Vila do Conde and Espinho are close to Porto.

30 km north of Porto, the city of Vila do Conde, topped by its impressive Santa Clara convent, retains traces of its past linked to naval adventures and maritime trade.

30km south of Porto, it is Espinho, dominated by fishing and seaside activities. The city has kept intact the charm of the “belle époque” combined with the modernity of its infrastructures and services.

Two pretty sea girls to discover, thanks to the help of Tourisme du Nord, the town halls and local tourist offices. 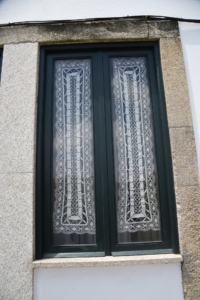 Vila do Conde, the buccaneer.

Its imposing convent dedicated to the Order of St. Clare dominates the city and the ocean. Built at the beginning of the 14th century, it was extensively remodelled in the 18th century. The convent has sheltered generations of young women locked there for all kinds of reasons, most often simply because they were women. The building that cannot be visited has kept its austere appearance. It will soon be partially transformed into a luxury hotel.

The church of the monastery next to it is a very good example of Portuguese Gothic, influenced by the Manueline style. If the exterior appearance evokes more a fortress than a religious building, in the purest style of the mendicant orders (Franciscan order), the interior remodelled over the centuries reveals some beautiful surprises.  Like the tomb of Dom Afonso Sanches, bastard son of King D Dinis Ir and founder of the Santa Clara convent. The “low choir” reserved for nuns still has magnificent and rich stalls. From this reserved place, the women could follow the services, behind a gate, whose small opening allowed the priest on the other side to give communion.

Opened to the public in 2008, the church is still a place of worship.

Register with the tourist office for a guided tour.

From the church square and the convent (Largo Dom Afonso Sanches) you can admire the river Ave and the historical centre of Vila do Conde.

A detour to this centre is mandatory. The Centro da Memória Museum, the aqueduct, the quiet streets, the churches as many stops on the way to Santiago de Compostela that crosses the city, deserve some time to be devoted to them.

In the 16th century, the city was an important maritime shopping centre.
Indeed, it was a first-class shipyard made necessary by the maritime traffic of the Discoveries. Not to be missed: the customs museum, and the reconstruction of a caravel, wet nearby.

The richness of Vila do Conde lay – and still lies – in the particular care that nobles and bourgeois, shipowners or merchants gave to their toilet. Exterior signs of richness, collars and cuffs were decorated with fine lace, made with the help of bobbins called “bilro”. A particular art masterfully executed by the lace-makers of Vila do Conde.

Be sure to visit the museum dedicated to it, especially since you can see women at work. The museum is indeed a training centre so that this ancestral art does not disappear.

The beaches of Vila do Conde are also one of the strong points of this seaside town which knows how to preserve its heritage.

Before leaving Vila do Conde, taste the fish and shellfish of the coast: a real treat.

It is not clear where this thorn name, espinho, attributed to the charming seaside town, comes from. Legends run on the beaches, but this name would probably come from a small cactus that once abounded in the region.

The city is resolutely turned towards the ocean. Xávega art, the ancestral practice of coastal fishing, is still practiced there. A net is thrown between two boats and then hoisted on the sand. In the past, it was the men helped by oxen who did this hard work, today it is the tractors.

Boats resting on the sand between two fisheries are an enigma: their raised bows, their bright colours make them very original. These boats, it is said, are a legacy of the Phoenicians who once sailed along the Portuguese shores in search of tin and copper, which were then more precious minerals than gold.

True or false, history gives magic to heavy and resistant boats. It takes eight men on board to operate them. 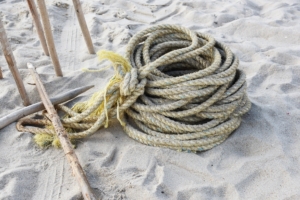 The sea is rough on the coast. It is called “brava”.

The city of Espinho flourished in the mid-18th century. Fishermen from Ovar came to fish off Espinho. They would settle for the season in thatched houses and then leave when the sea became too violent. There is nothing left of these cottages, except for the special atmosphere. And the fishermen, who have settled in the village, contribute greatly to the uniqueness of the place.

From 1810 Espinho became a seaside resort: the beach became playful for the first time. We come to take baths, to heal ourselves. Under the influence of the Spaniards, a bourgeois city was born, whose Art Deco villas still bear witness to this. Espinho, a resort town, is also famous for its casinos. She will have up to 7 as well as 15 “patasqueiras”, play houses. Today the city has only one casino but it is famous.

From 1911 onwards, the city grew…on the huge beach where there was nothing but the huge fish cannery, another celebrity of the city. A new city is born, floating like in the westerns. The streets have no names, but nº. Simpler, adapted to the square plan of this recent city. And then before the names of the streets were those of monarchists…… the Republic had just been born, the opportunity to clean up!

The last perpendicular to the city is number 66

Today the huge cannery that made Espinho’s fame and fortune is transformed into a museum. The hangars where fish used to dry have been preserved: the architectural complex is a success, and the museum provides a better understanding of the particular link between man and the sea in this region. The former Bandão and Gomes canning factory was, and is, the backbone of espinho.

Espinho is not to be missed.

As for gastronomy, here you can’t go wrong: fish, shellfish and crustaceans.

Along street 2, by the sea, there is only a lot to choose from, to find its restaurant that serves local specialities.
Where to eat in Espinho

On 8th Avenue, one of the region’s gastronomic references. It is a typical restaurant, called “marisqueira”, that is to say specialized in seafood, shellfish and fish. Among the specialities, caldeirada, Portuguese bouillabaisse. The restaurant is modern, without any extraordinary decoration. Here it’s the plate that counts. Fresh produce and impeccable, efficient and fast service have made the reputation of the place.

It is impossible to leave Espinho without going through the Aipal pastry shop. An institution! famous for its “Bolas de Berlim”, Berlim balls, egg cream and sugar sandwiches in a soft biscuit. Another specialty: Paris-Brest. To be enjoyed…without moderation. Aipal is located at 19! 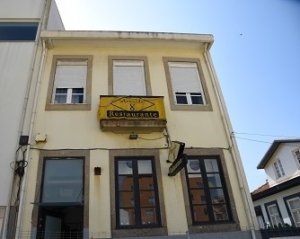