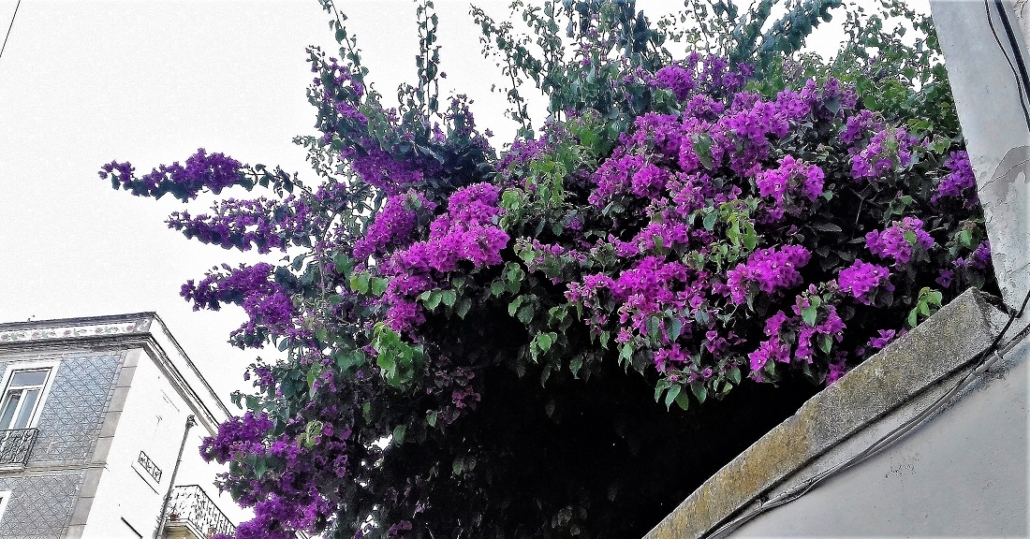 Bougainvilleas are among the most remarkable of the natural ornaments of Lisbon and Portugal.

Although the name bougainvilleers is given to the plant in honour of Louis-Antoine de Bougainville, naval officer, navigator and explorer, it is not to him that the shrub says his name, but to Philibert de Commerson. This last botanist, with found the flower while he was participating in the first French maritime circumvolution, led by Mr. the Count of Bougainville.

Commerson found the plant in Brazil and brought it back to Josephine de Beauharnais, Napoleon’s first wife.

Acclimatization was easy in southern Europe. Since then, the exuberant bougainvillea (bougainvillea) has adorned gardens and wall sections.

In Lisbon and in the villages and towns of Portugal, the bougainvillea is playing with walls and facades. He seems to wink. Hides and reappears.

A selection of our encounters with the bougainvillea tree.

The climbing plant, assimilated to a vine, hides formidable thorns.

It grows in Portugal with ease as it does in all the countries around the Mediterranean.

The most common variety is called spectabilis, which is not surprising. This species contains pinitol, a compound with anti-diabetic properties.

White, red, purple, yellow… bracts bloom from spring to autumn. They protect a tiny flower, without much interest. This is one of the original features of this wonderful plant. And the beauty of the bougainvillea bracts earns them the nickname flor-de-papel, a paper flower among our Portuguese-speaking friends.

It is said that it was a woman, Jeanne Barret, botanist, who described the plant first. Under the name of Jean, she travelled incognito aboard Louis-Antoine de Bougainville’s ships.