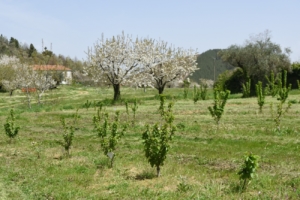 In fundão, the regional capital of the Serra d’Estrela, it is an event.

Because the magnificent bloom is a promise of abundance for a region whose fruit trees are its wealth.

50% of the cherries produced in Portugal are from the province of Beira Baixa. In spring, the slopes of the Serra da Gardunha are covered with a white mantle. The thousands of trees offer a magnificent spectacle.

Due to the early spring, visits to the region organized by the municipality of Fundão have already begun. They will continue until April 15, with the different varieties of cherries allowing for a spread of flowering.

Walks, bike rides, aboard a tourist train that travels between orchards, and even hot air balloons are the best ways to soak up the beauty of the landscape.

The municipality also offers specific activities such as sponsoring a cherry tree. We help to plant our own tree, which allows us to learn a lot about fruit growing and the interest of the Gardunha inhabitants in it.

Lisbon-affinités.com is very proud to have its cherry tree in a field near the village of Alcongosta.

Cherry blossoms is also an interesting initiative, a partnership with the CP, the Portuguese railways.

Two dates for this suggestion: March 30 and April 6.

Departure at 8:15 am and return at 10:20 pm are at Santa Apolonia station in Lisbon. The CP offers a 40% discount on the return trip.

The program offers a tour in a small tourist train between the orchards, a visit to the typical village of Alpedrinha. And Castelo Novo, one of the 12 historic villages in the region. A fine example of successful restoration, with granite houses and brightly coloured shutters

A good way to discover cherry blossoms and local delicacies made with…cherry.

and the CP railway company of Portugal (comboios de Portugal) 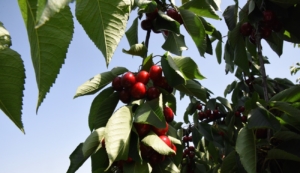